This is a collaboration project between YOSAKOI, a traditional Japanese dance, and Human Beatbox. YOSAKOI is a Japanese festival and traditional dance contest that attracts over 2 million spectators. Shinkotoni Tenburyujin, which has won four consecutive championships in this competition, participated in this project as a representative of YOSAKOI. Human Beatbox is represented by Rofu, the Asian champion. Both of them lost their activities due to COVID-19. Since many events were cancelled, they were not able to perform for their fans. So, we launched a collaborative video production project to bring entertainment to the fans who could not see their dances and performances at the events. "Shinkotoni Tenburyujin" danced and performed in traditional Japanese costumes, while "Rofu" performed a powerful beat using only sounds from their mouths. International users will find the dance and music to be very Japanese and energetic. We have presented the possibility of YOSAKOI dance with Human Beatbox and video expression to the users who have only known YOSAKOI with Japanese music. Through this video production project, we were able to show the world a YOSAKOI performance that could only be seen by the audience at the event. 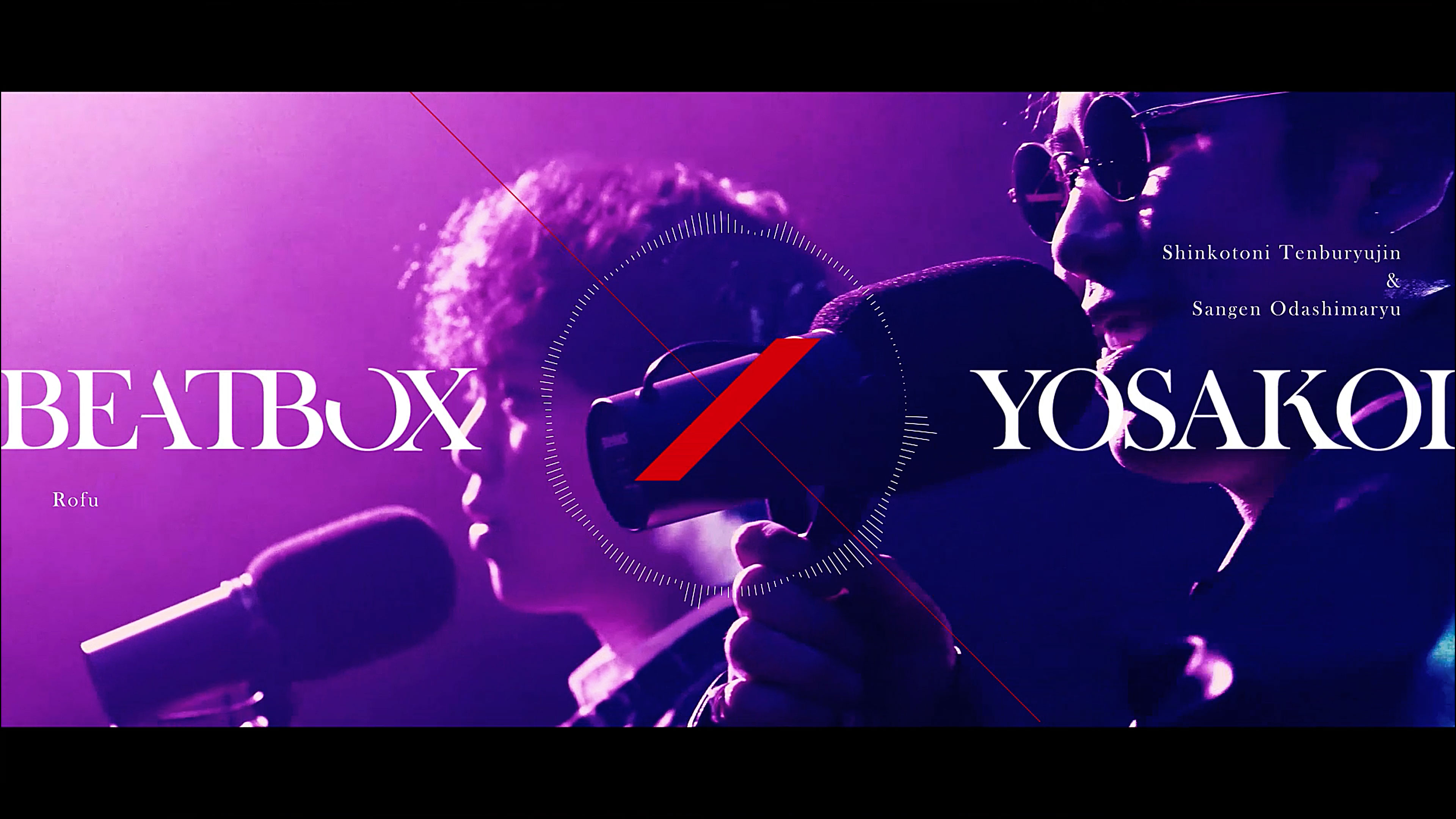 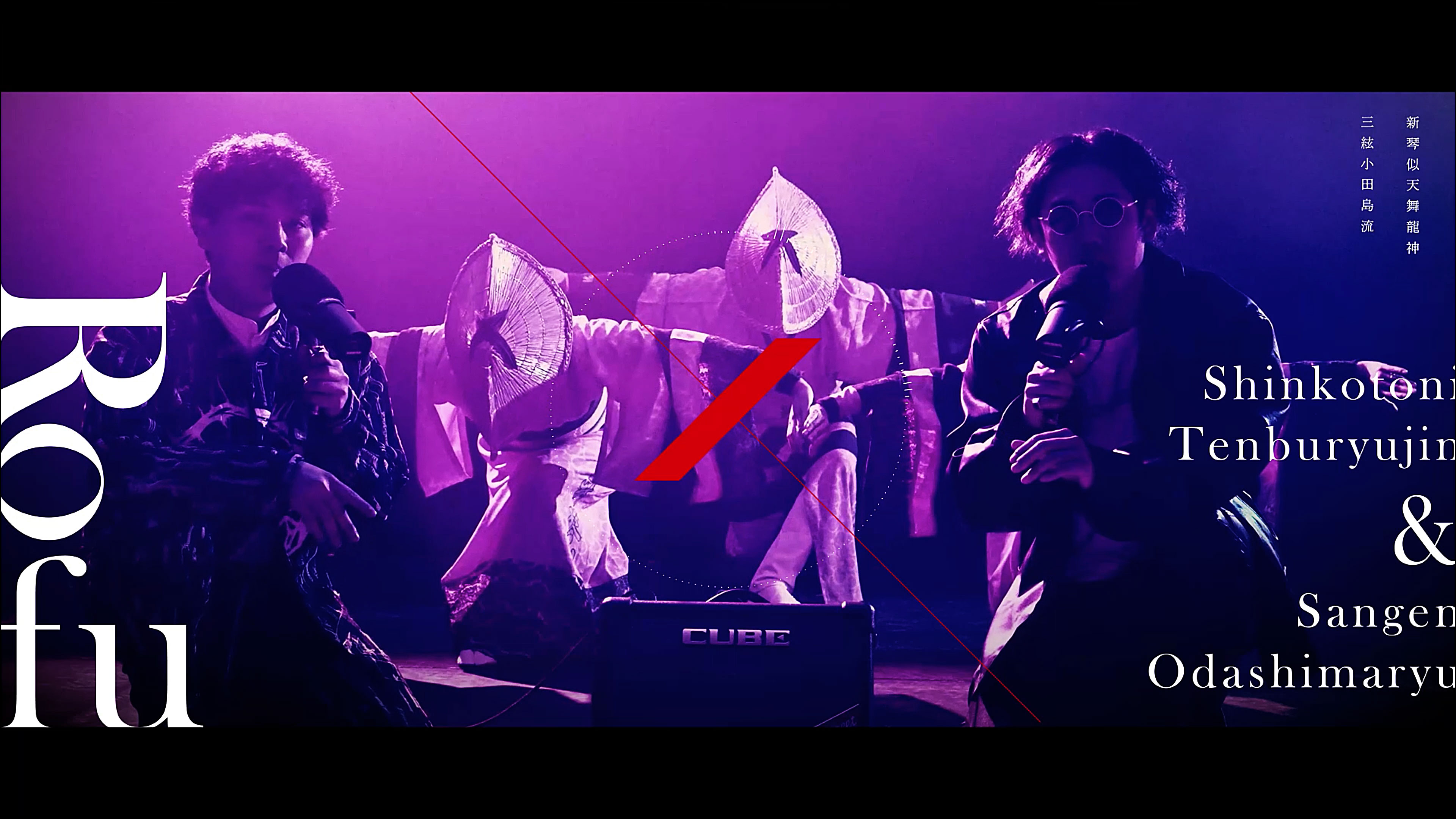 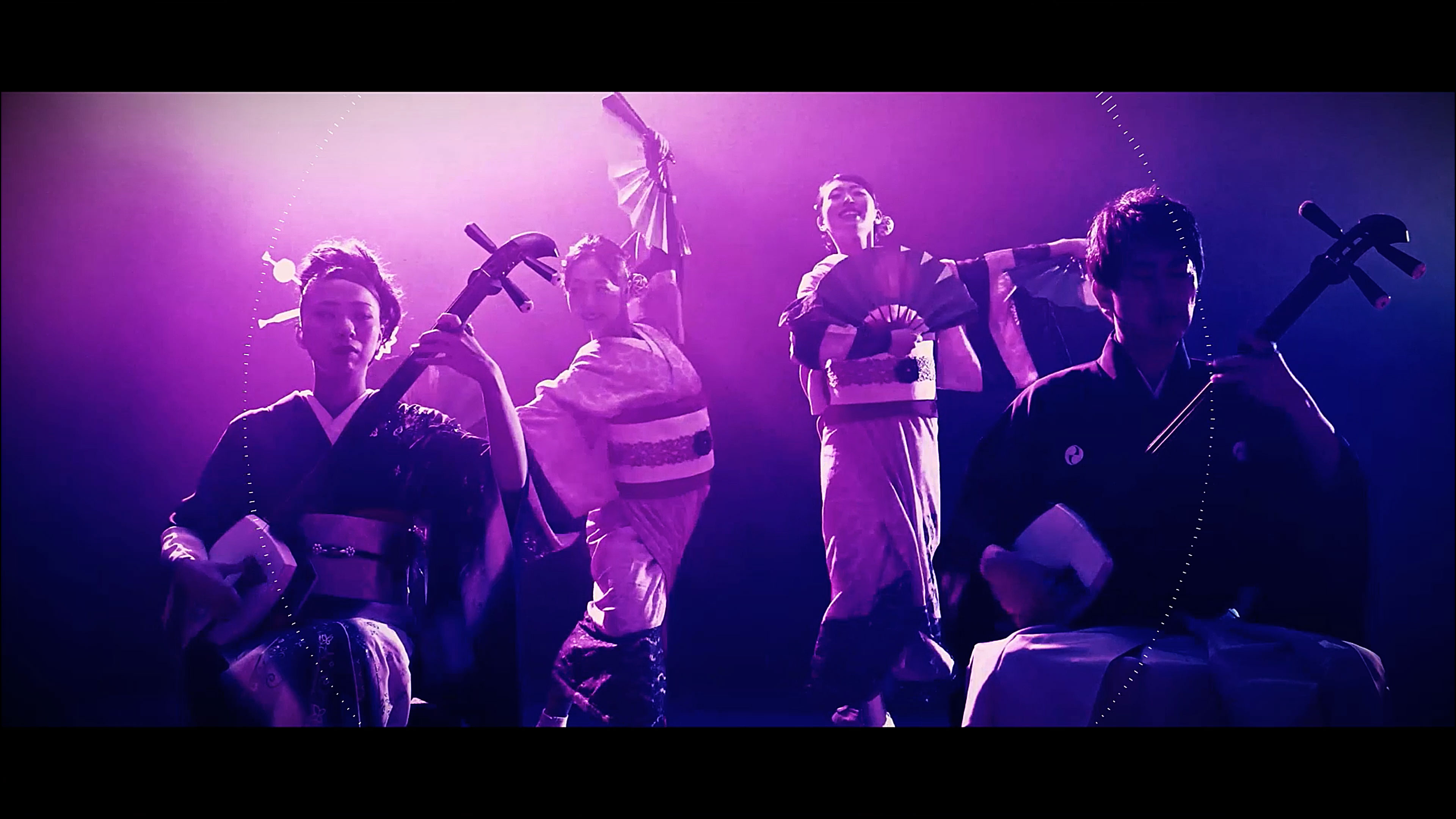 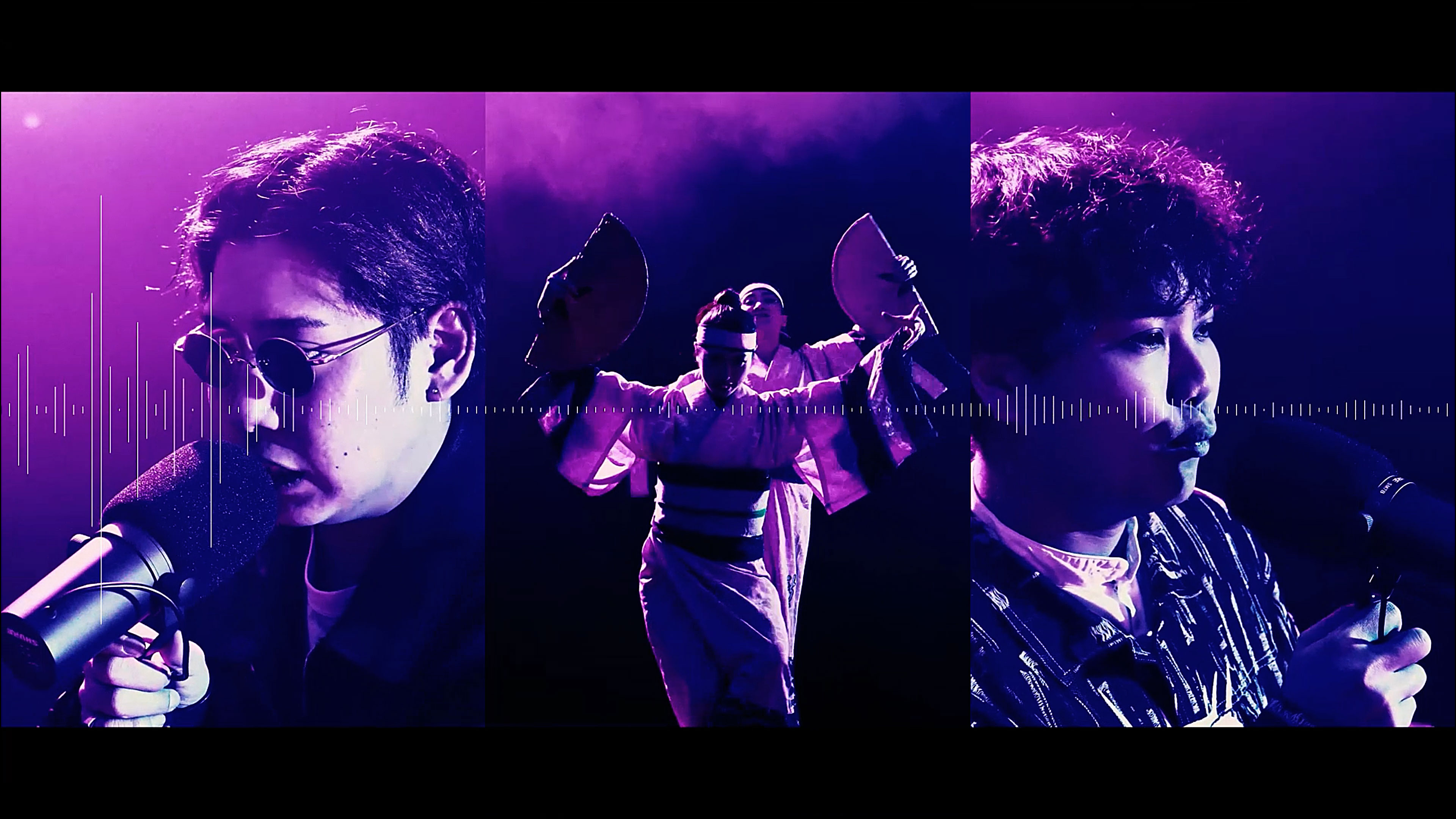 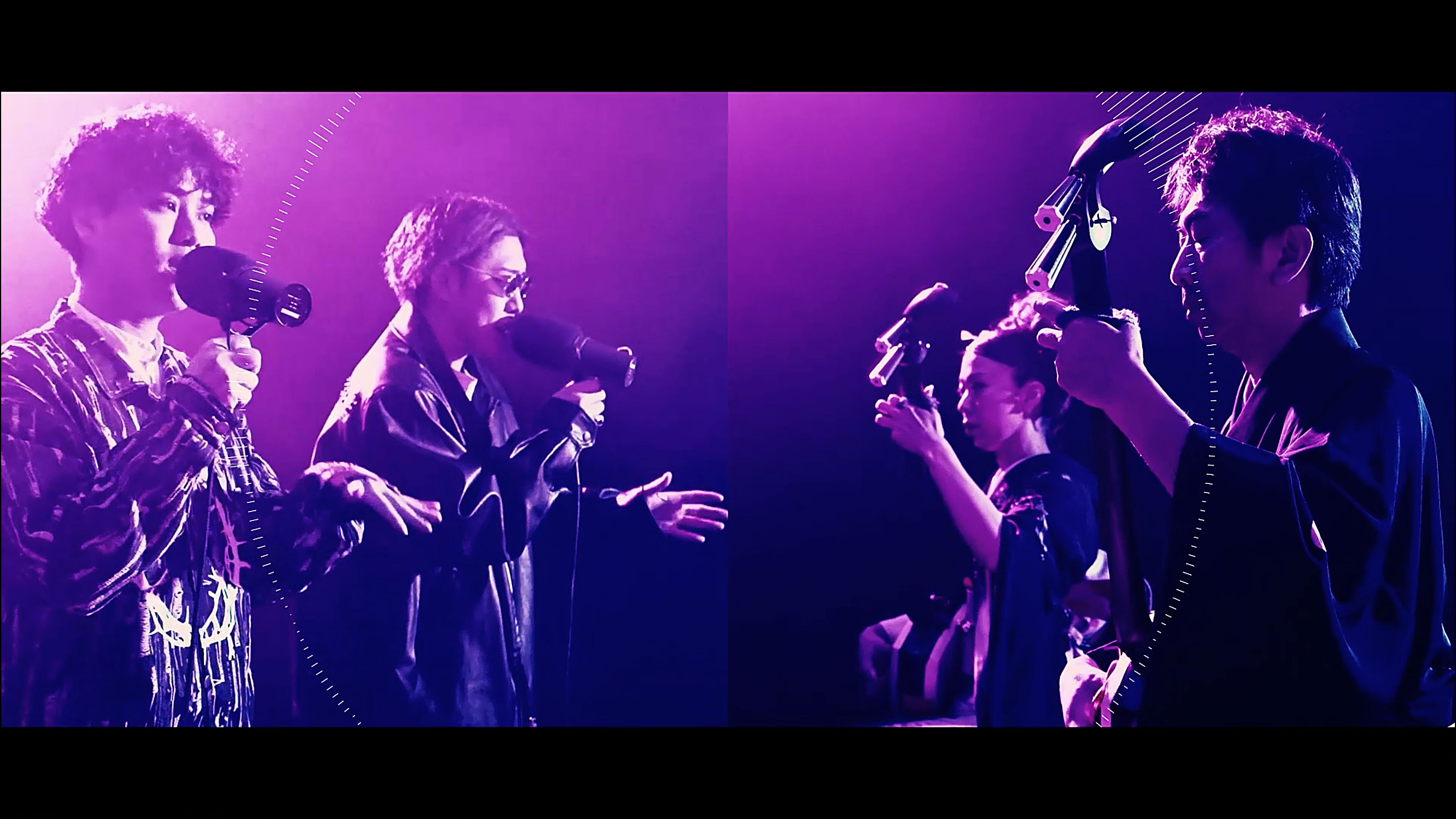 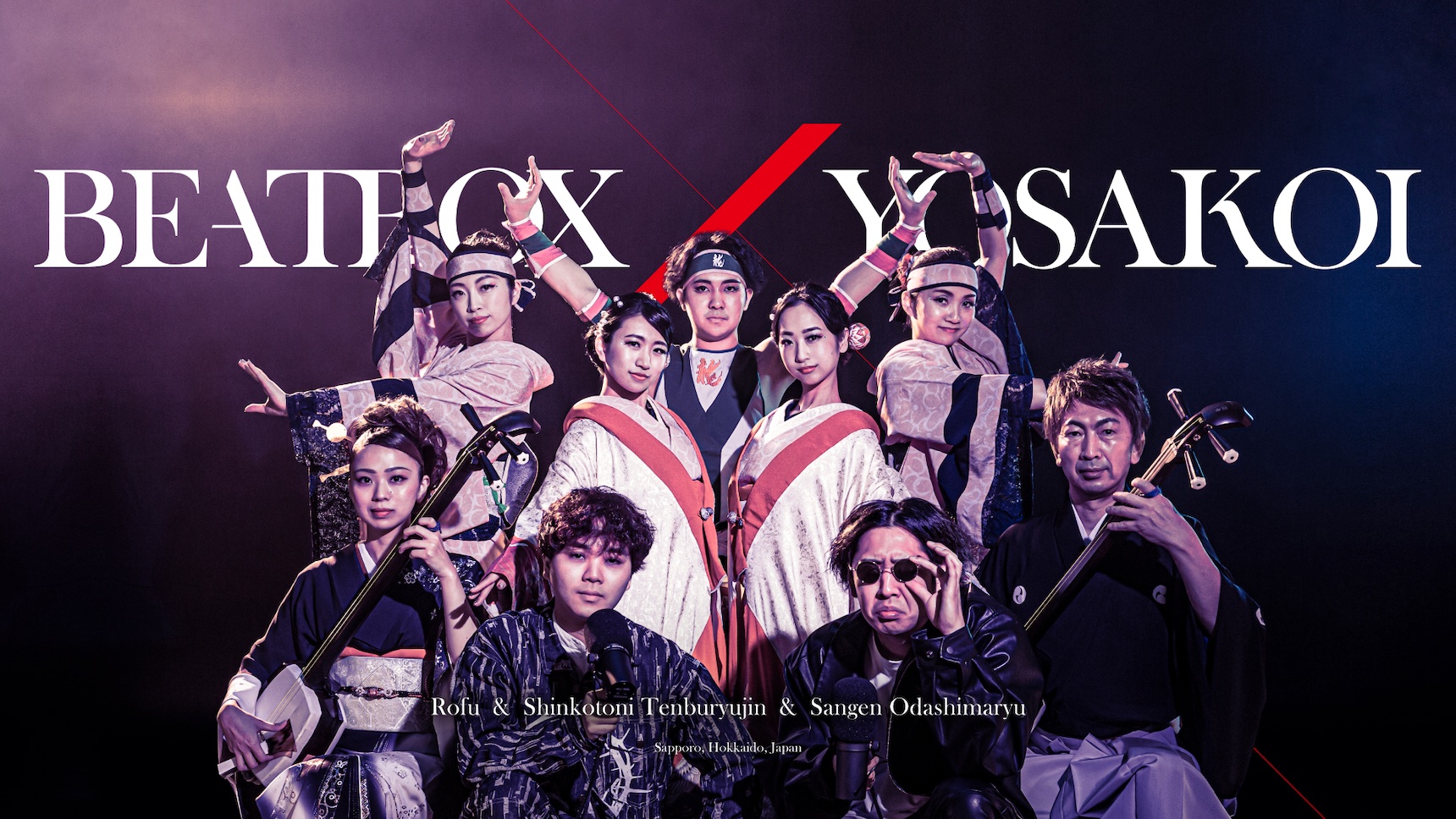 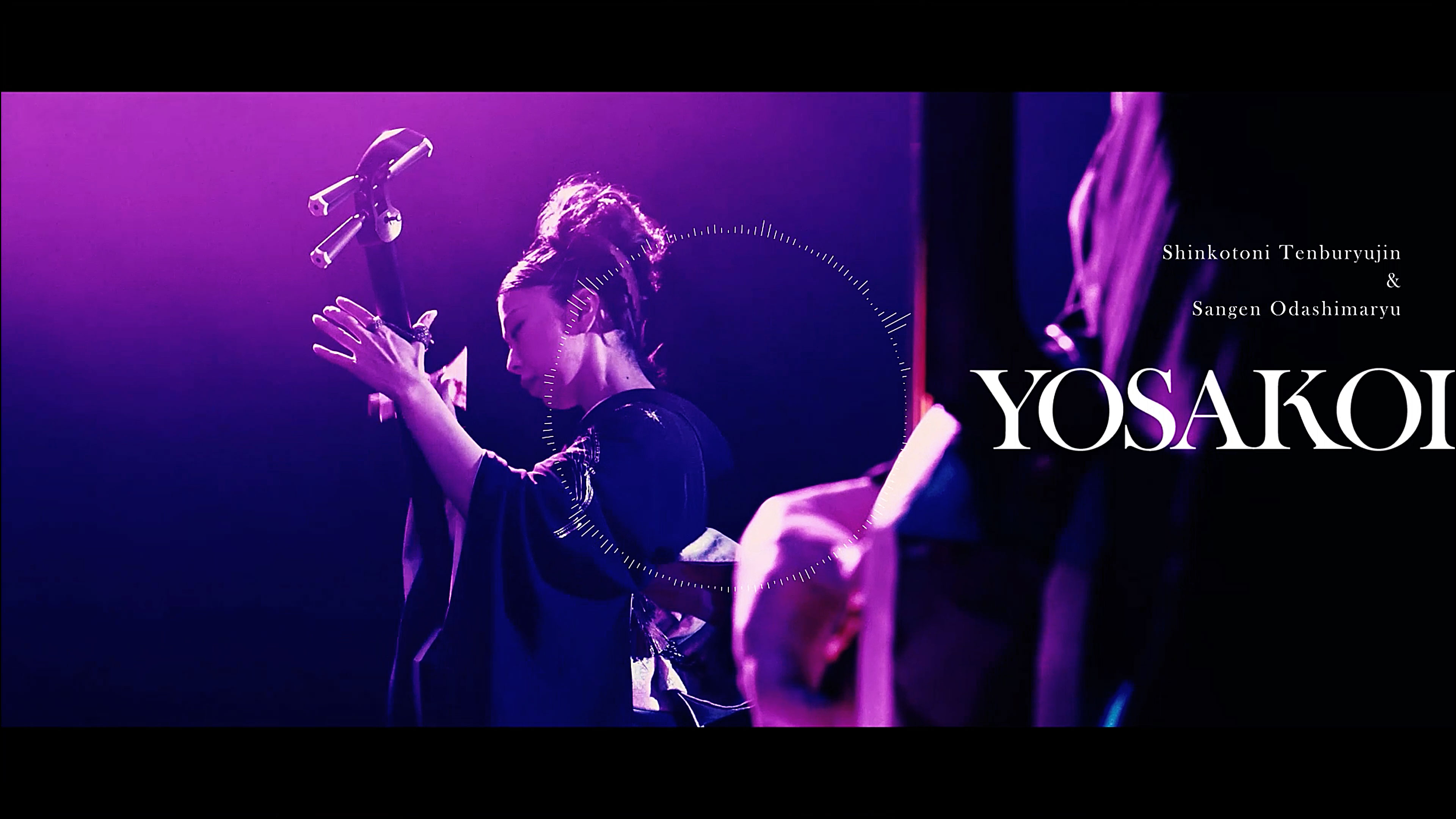 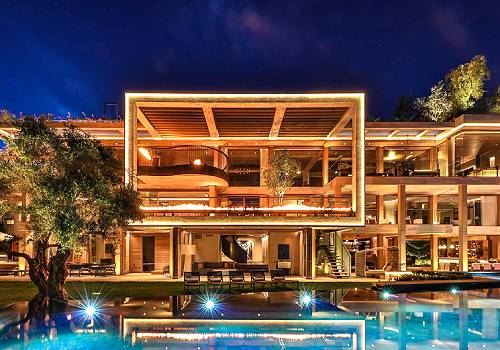 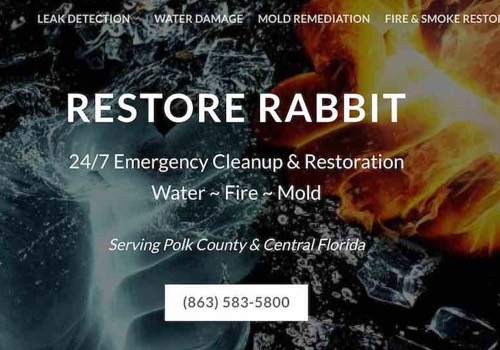 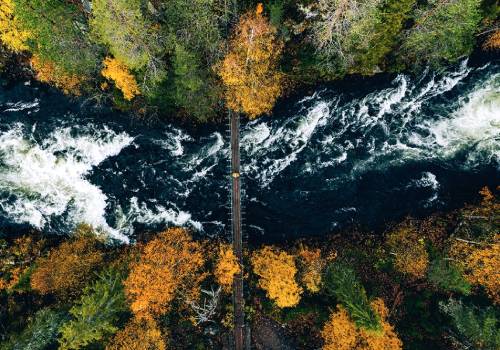 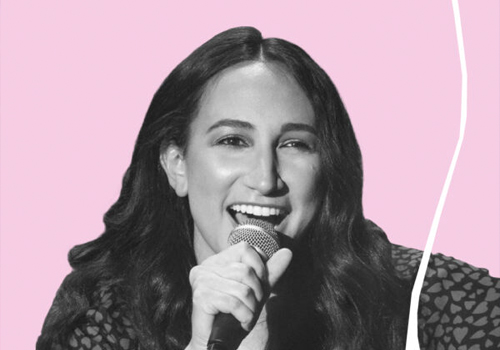